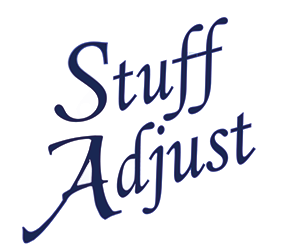 Bringing Organization to Life Since 2011

The one question I am asked more often than any other is “How did you become an organizer?”

Before my career as a self-employed person I had many different jobs. 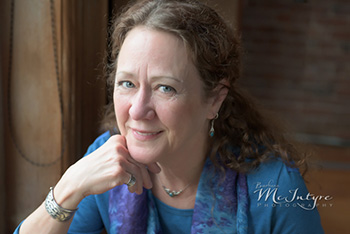 In 2002, I became self-employed and began working as a household assistant. I would do chores and projects for people whose time was better spent earning money at their jobs. These chores included yard work, home maintenance, overseeing remodeling projects, painting, booking travel, filing, and cleaning out basements and garages. I also did shopping and research for big purchases such as furniture and appliances.

I helped people moving into new homes with furniture placement and hanging art. I also did a few staging projects for people getting ready to sell their homes, and flower arrangements for occasional special events.

Even as a lifelong recycler, during this time I had to really hone my ability to reuse, recycle and donate efficiently.

If there was a problem I could not fix, I would arrange for a repair person, meet them at the house, pay for their service and provide my client one bill. It simplified their lives.

There were many jokes about what my business really was and what it should be named. One was “Amy’s Odd Jobs.” Another was “Let Amy Do It,” which was shortened to LADI.

An acquaintance, who became a long time friend, hired me to help clean up and organize her office. We took photos and got started. It was a small office, but a large project. When we finished up the next day, we took more photos. She was quite happy and invited me to attend her networking group.

At that first meeting, when she introduced me as her guest, she stood up and said “This is Amy. She is a great organizer”.
That was the moment I became a Professional Organizer! I named my business The Stuff Busters which became Stuff Adjust a few years later.

It’s not about me. It’s about how I can assist you.

Bringing Organization to Life Since 2011

Amy, thanks so much for all your help over the years — reorganizing, repairing, clearing out, and sometimes even helping us get new stuff. We really like that you find good homes for things we don’t really need but don’t know what to do with either. And it’s so useful that you can fix or mend pretty much anything.

Bennett B.
Portland, OR

Amy did a fabulous job in helping us clear out my father’s apartment when he passed away. It was gratifying to know that almost everything in the apartment went to help local charitable groups. She was fast, efficient, and cost effective. It removed a huge burden from our lives during a difficult period. I can’t speak highly enough of her services.

Working With Amy is the Best Gift I’ve Given Myself

I found myself in a large home, stuffed full with 30 years of accumulated things my family and I could easily live without but no time to organize and sort. The job was overwhelming! Where do I start? So, I called a Professional!

Working with Amy is the best gift I’ve given myself in a long time! Amy and I worked side-by-side de-cluttering one room at a time. She taught me so much about my spending habits and how to recognize what was no longer of use to us, and how to dispose of unneeded stuff.

After de-cluttering my 1st room, the home office, I felt a huge stress relief. I could find papers again. I found lots of things that had been missing for years. I had a sense of power and liberation finding that with my new knowledge I can control clutter in small steps. Organizing is a skill Amy helped me learn. It’s like taking a class on de-cluttering.

Now We Have Separate Workspaces, But Still Share Everything

Amy from Stuff Adjust came to our small two-room construction trailer and helped us install shelves and organize the office. Now my boss and I have separate workspaces, and still share everything in the office.  Thank you Amy.  We will be calling you back as we are expanding and need help getting things re-organized.

Thanks so much. You are a Stuff Adjuster extraordinaire! Your clear presence of mind was very much appreciated.

My Rooms Look So Much Bigger Now!

Rea B.
Dundee, OR

“Amy with Stuff Adjust is a sanity saver! I come from a long line of pack rats. When my family members passed on, unfortunately, their stuff fell to me to sort and liquidate. Besides helping with their estates, Amy’s services have been invaluable to me several other times: From packing and moving, then unpacking, to setting up a filing system, to just helping me get clear on what I need, what I need to let go of, and where to put the leftovers. She is a steady, sane presence to help navigate through a state of overwhelm to the good feeling that comes from getting it all handled and under control.”

“The meaning of life is finding a place to put your stuff.” ~ George Carlin